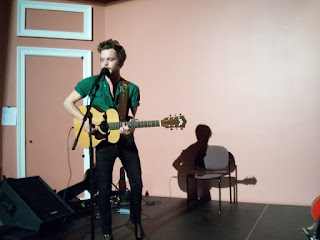 I'm alive! And I'm back eight months late with the feature that used to take me a week or two. However, regular posts should be somewhat less sporadic starting now, although still not on the regular timetable with which this blog established its sterling reputation. I have painstakingly crafted new song lists and playlists for two further archival years, 1959 and 1979; have restructured my 2010s decade lists to incorporate material from 2019; and have rebelled against the facts of quarantine life with quick thoughts on the best live shows I have seen.

1. Yo La Tengo: I've seen them a total of eleven times, counting their experimental soundtrack to a documentary about Buckminster Fuller late last year. It's almost always a transcendent, mind-melting experience, but especially in smaller venues, and particularly my first time seeing them at the Orange Peel in Asheville in 2003, and on a triad of two-night stands at Cat's Cradle (where a large proportion of my favorite live experiences have taken place) in 2007, 2011 and 2018. I love the two-night gigs because you can really feel them settling in, and committing to giving off a different experience at each of the gigs. I can't describe how rewarding it's always been to go back and see them again and I will miss it terribly whenever it (permanently) stops being feasible. But maybe that'll never happen. As long as they're playing I will keep seeing them. I still hold out hope for seeing Condo Fucks and/or a Freewheelin' Yo La Tengo show or maybe even Hanukkah when the pandemic's over and the world is new again.

Unfortunately I only wrote a tiny bit about the first time I saw YLT in 2003, though it's one paragprah that captures my memory of the experience quite well: "The entire thing was made for me by the second song, 'My Heart’s Reflection.' I'd fallen in love with it just a month or so before the show, and then when they played 'Blue Line Swinger' my cool cool facade almost broke entirely. A wonderful set and we will surely see them again." I was nineteen then, which I find unspeakably alarming. But here are my longer posts about seeing them in 2007 (note me obliviously complaining about Mac McCaughan's "hangers-on"), 2009, 2011, 2013, 2016, 2018 and (briefly) 2019.

2. The Tallest Man on Earth: Still maybe the most breathtaking single show I've seen, back in 2010 at tiny Gerrard Hall on the UNC campus in 2010, days after he got the then-important "Best New Music" boost from Pitchfork; we'd only paid $5 each for our tickets. Not feeling very verbal at the time of the show (and still suffering from chronic, uncontrolled migraines, including that night), I only said a few words at the time; Amber said a lot more -- with photos that, PhotoBucket bug notwithstanding, give you a good idea of how intimate the show was, at this link.

3. Tune-Yards: At Merrill Garbus' peak in the early part of the last decade it really felt like she was stretching the boundaries of what rock music could be like no one else in recent memory, and I am glad I got to witness this twice with my own eyes; I wrote extensively about her Cat's Cradle gigs that I saw in 2011 (a couple of days after my dad died, so I was very much in need of a life-affirming experience) and again three years later.

4. Joanna Newsom: Durham, NC on March 25th, 2010. One of my favorite people in the world, as you know if you're a regular reader. My records indicate I posted about this somewhere at this blog but I can't figure out where; anyway it was wonderful, she was talkative and it was gorgeous and she played "Baby Birch." An Unforgettable Night.

5. The Walkmen: An actual headlining show by what may have been my favorite active guitar band at the time, at the Cradle in January 2011; I feel lucky to have seen everything listed here (and many things that aren't, like R.E.M. in October 2003 on a night when they were rejoined in the encore by Bill Berry) but this in particular, as they so rarely came our way without opening for some lesser band or another, and I lost an opportunity to see them quite early in their career in '04. Wrote about it here

6. The Mountain Goats: Amber's seen the Goats, her favorites, six times, five with me in tow. I famously heard "No Children" in 2007 and found it absolutely befuddling, and within five years was belting it out joyously in various rooms full of misfits. I wrote about my first time, at Cat's Cradle in 2011, here; my second show of theirs was on an almost unbearably emotional night in an acoustic duo arrangement at the Soapbox in Wilmington, as recounted here. And then we managed three consecutive Decembers: Carolina Theatre 2017, Haw River Ballroom 2018, Haw River Ballroom 2019 (just briefly noted here).

7. Ezra Furman: At Durham's wonderful Pinhook in 2016, we saw balls-out rock & roll from one of its key modern progenitors; it was one of the most sparsely attended shows I've ever seen, but we were given no less ecstatic a performance from Furman and his magnificent band the Boyfriends. Marks the only time we've ever snagged a setlist. More here (this shares an entry with the Charleston YLT show).

8. Cut Copy: A long-running bucket list band ever since I saw some of their live performances online around 2011 or so. The show happened at one of our favorite venues, a converted railway station called the Music Farm in Charleston. Wrote about it here (overlap with one of the Mountain Goats shows).

9. The Soul Brothers/Who's Bad?: From the days when I hung out a lot at a local venue where I later worked as a DJ. Who's Bad was a very competent Michael Jackson tribute band, but the Soul Brothers were an incredible soul revival band who were genuinely terrific live. Here's a ridiculously long post about this night; as you will quickly glean, this occurred at... a very, very different juncture in my life than most of these others.

10. The New Pornographers: 2010, with the full Bejar/Case-inclusive lineup in tow and an absolute dream setlist. Addressed briefly here; I didn't write much about this and I had a horrible headache the entire night but I remember it with great fondness.

11. Sheer Mag: Back to my old ways of having trouble waxing at length about things that aren't movies -- everything feels too singular, too private, too personal these days, even gigs -- I still talked a little about the show here and it's one of the best rock shows I've seen.

12. Kate Tempest: Farthest we've ever driven for a show (and oddly, one of only two I've been to outside the Carolinas, the other being Interpol in Brisbane, Australia in 2008!) because we figured it was a once-in-a-lifetime opportunity. Tempest actually came to NC when touring for Everybody Down but we missed it because we were in the middle of relocating. It was a wackadoodle thing to do and one of my favorite things that's happened in the last few years. More about it here.

Eternal gratitude and love to my girlfriend, wife and lifelong concert buddy Amber (who also took this post's header photo).

2010s ALBUMS: REVISED
The second of what will eventually be three passes at this, this one using the list I posted here last summer and adding my favorite records of 2019. The songs list, below, is structured in much the same way.

2010s SONGS: REVISED
I only reconfigured the top portion of this, to preserve some semblance of my sanity; you can probably extraopolate the rest with the ample tools I have given you!!

1959 SONGS
Brand new list that took weeks. Given that this was past the peak of first-wave rock & roll, there are a shocking number of classics here, even if the center kind of collapses in favor of subgenres like swamp and the burgeoning golden era of soul. Close to forty stone masterpieces at the top, in my opinion, including a few that were new to me.

1979 SONGS
This was the hardest I've ever worked on one of these archival lists; this happens to come at the tail end of, along with the mid-1950s, one of my favorite periods of popular music, and there are so many strands to investigate: disco, punk, new wave, R&B/soul and the mainstream pop stuff. And each of those quadrants comes with multiple layers to uncover. I ended up hearing a lot of absolute dogshit for this but I also found some out-of-the-way DIY singles I'd never have discovered otherwise, some extraordinary dance music I missed and even some familiar stuff I never properly considered. It was an insane amount of work for something that very few people are ever likely to look at, but it was a great experience... and one I'm very, very glad to have finished! But good fucking night, what a wild cross section of stuff was hitting its peak around this time. Even power pop! The proper beginnings of hip hop! It just keeps going.

My rules for song lists in this period allow one song per album unless the song in question was also a single. A loophole, in other words, but one that I think is warranted by the material

So what's next? I've got some serious catching up to do and one gargantuan task still ahead of me is to tackle the Beatles' Nagra tapes so I can put that massive project to bed at last; the next several posts here will be Beatle-related housecleaning leading us up to a numeric milestone, and then, I freaking promise, some good old-fashioned Content and even some reviews of, gasp, new music!! I'll get to work as quickly as I can because I think once the content mill is well-oiled again this blog will actually return to being semi-interesting. Or maybe not! We'll see won't we!
Posted by dustybooks at 9:17 PM No comments: